You all think you are better for this name-stealing, but you forget the jealousy that clings to it…”

When someone was recognized by a monarch or other governing body for their merit in some form or other, they were honored by becoming a member of the “nobility“; a title that had benefits, and usually responsibilities as well.  The titles and the perks and responsibilities that came with them, would, in turn, be passed onto the descendants.

This is where problems often arose.

The children and descendants of the nobility, having been afforded a life of privilege due to the labors of their parents and ancestors, become spoiled and decadent, and ultimately, disconnected from any real notion of the common good, as they often had little if any connection to the common people.

The corrupted nobility was also known to take part in the most debased and depraved of activities.  Like the perversion of a well-fed domesticated cat that tortures a mouse to death because he doesn’t need to eat it, but needs to satisfy something; the disconnected drives of the often inbred elite often become downright psychotic.

Now I am sure not all nobility were corrupt and perverse as in places like Medieval Poland, where the nobility acted as an oligarchy that essentially vampirized the people it lorded over; or in Hungary where one actually bathed in human blood.  But the fact that they could do these things was why the ancient Fryans rejected the institutions of hereditary aristocracy and nobility.

Now, one could argue (myself included) that the Fryans, though their laws and customs, were morally and ethically virtuous enough as a society to handle a form of governance that the vast majority other peoples; then and now; were not, and are not.  One only needs to honestly observe and contemplate the childishness and emotionally-unhinged delusional statements and behavior of people when it comes to sociopolitical discourse in the West, to see that these are people who probably shouldn’t be making decisions that impact other people’s lives..

This has become particularly true of modern feminists and their hysterical ranting and sanctimonious attention seeking (particularly post-Trump); with each article and soundbite becoming more and more hostile towards men (particularly white men), and more and more transparent that this was never about “fairness” or “equality”, it was and is about envy and resentment, and perhaps most of all, it is about power.

The tactic of the State giving women power to control the men goes back to ancient times right up through the American Civil War (the house slave/“Mammy“), where the group seeking control would kill a large number of the men in front of the women, then threaten harm to the children and the rest of the survivors if the women did not use their influence to “keep the men in line“.

Over time, these women would begin to relish in their vicarious power, and ran oppressive “tattletale societies“.

And even though the legal system in the modern West is essentially a male-enforced gynocracy already, women like former Liberian president Ellen Johnson Sirleaf, are being promoted by The Economist; a publication owned by the Rothschild banking dynasty; stating that women should run all of the institutions of the world outright, enforcing this with a sort of worldwide gender-based affirmative action program. 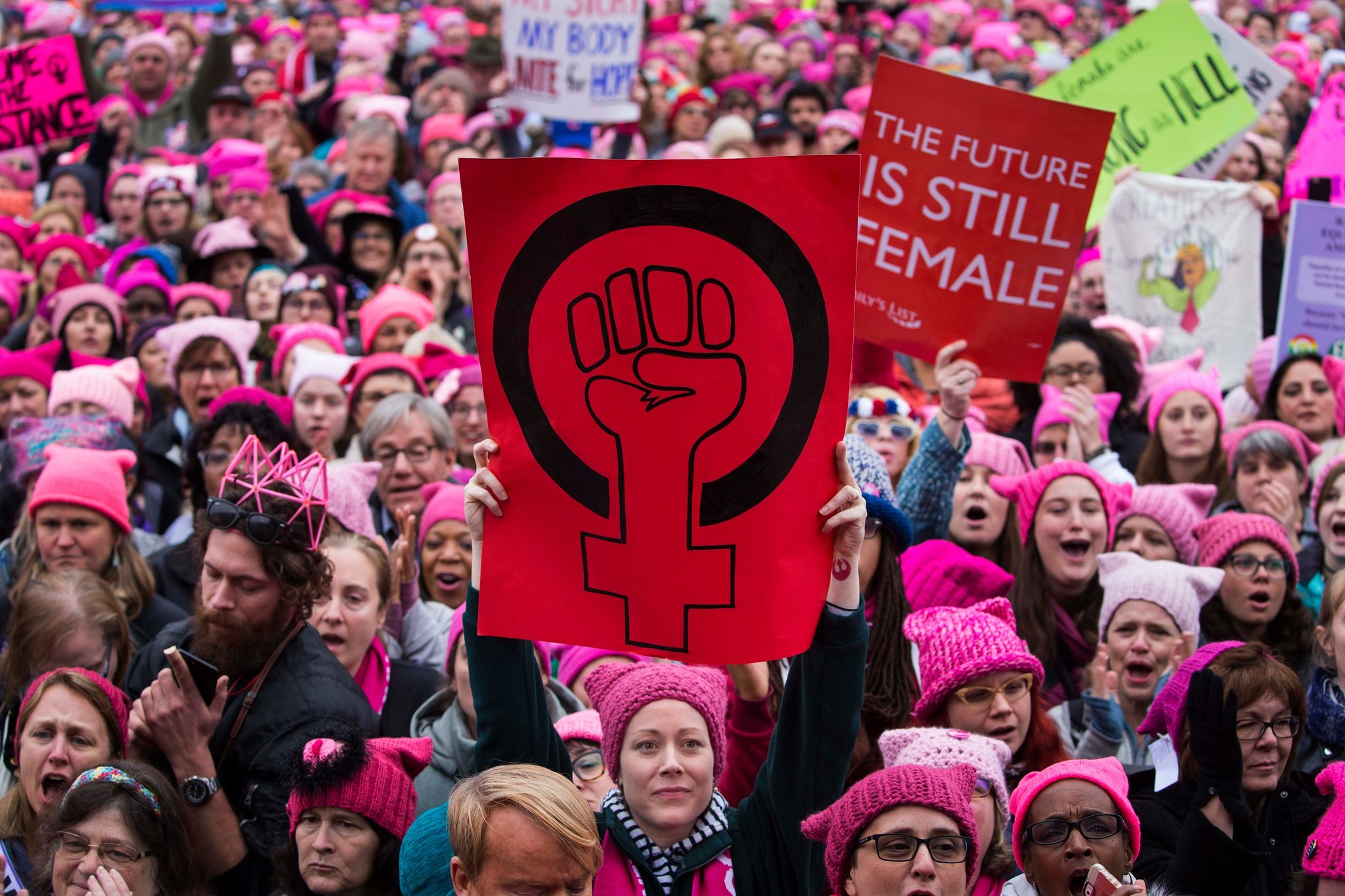 This would essentially create an enforced gender-based caste system.

When this happens, she, and apparently the Economist, believes there will be “world  peace“?  Because apparently women never fight and can always resolve their disputes “peacefully”…

What would happen was what has always happened, the woman would find someone who had offend or slighted her in some way, and convince one or a number of men to do what she wants them to (which isn’t always hard) and enact her revenge.  Just recall the glee on Hillary Clinton’s face as she gloated over the murder of Muammar Gaddafi..

Because, while the men of the modern world are indeed largely unfit to rule, so are the women.

These “leaders”; this “new nobility” crowned by the financial and business oligarchs; this modern woman who buys the majority of their products, most enthusiastically spouts their slogans, and most fanatically enforces their morals.

Money or ideological fanaticism does not make someone worthy of holding power that affects the lives of others.  It does not make anyone “noble”.

It is Spiritual Initiation and proven Virtue that is the source of true “nobility“.  It is a way of acting and being in the world.

Those that cannot follow this path, are often jealous of those that can, as they see the attention and respect they get from people, and they want it.  This envy creates a desire, a motivation for this individual to create a mask so that they appear to be greater than they are.  And it also creates a desire to tear anyone down that makes that aura of “nobility” seem insecure.

These are people who seek power so as to appear “empowered“, and be treated as such, without actually putting in the external AND internal work to achieve greatness on their own merit and earn respect on their character.

Now let it be clear, that this is not meant to be an attempt to foist the blame for the world’s ills on women- that has been done to death.  Women are amazing and Divine, and are in tune with the Forces of Creation in a way that men can never be.  But our relationship needs to be COOPERATIVE, rather than adversarial, which is what modern feminism and the corporate and political powers behind it have made it.

Rather let us, men AND women, come together for the greater good of our peoples.  Let us seek not to create masks and false kingdoms of illusion and self-aggrandizement to puff ourselves up and lord over others.  Rather, may we earnestly see the hard and narrow path of True Virtue and Spiritual Initiation.

WR-ALDA’S Blessings unto you and yours.

The Inspirational Art of Vsevolod Ivanov

All Images Copyright Their Owners